Walid Moulahoum (chapters 1 to 5): Water resource specialist and hydraulic engineer working on the application of remote sensing to monitor water resource risk in developing countries. He is involved in the sector of water in Algeria through capacity building and technology transfer and training courses to public and private institutions.

Abdelmalek Bermad: Dean of the hydraulic/Water Engineering department at the National Polytechnic Institute in Algeria.

Introduction to Water in Algeria

Algeria, like many other countries in the world, is facing significant natural, environmental and climatic challenges. Its galloping population coupled with increasing water demand is putting this vital resource – and by extension social and economic development – at risk.

To meet the minimum standards for water quantity and quality set by the World Bank, Algeria developed an ambitious strategy to increase water supply through huge investments in the improvement of the hydraulic infrastructure as well as organizational and institutional restructuring focused on the valuation of the resource. A new vision was introduced at the end of 1990s, aimed at bridging the gap between demand and supply in the most sustainable way.

Algeria covers an area of 2,381,741 km², making it the largest country on the African continent. It has three distinct climatic zones. The coast and Tellian Atlas Mountains in the north make up 4% of the total area and enjoy a Mediterranean climate of wet, cool winters and hot, dry summers. In the centre of the country are the semi-arid highlands, where nearly two thirds of the cultivated land is concentrated. The Sahara occupies 87% of the country and is characterized by extreme weather conditions with strong thermic amplitudes.[1]

Rainfall is characterized by significant spatio-temporal variability. The Mediterranean strip receives up to 1,200 mm per year, although this varies from year to year and decreases towards the west. The central regions are transitional and receive average annual rainfall of 100-400 mm. The desert receives less than 100 mm of rain per year. The natural losses through potential evapotranspiration range from 1,000 mm in the north-east to almost 3,000 mm in the south-east (Map 1 and 2).[2]

About 87% of Algerians live in a little over 10% of the country, concentrated mainly along the Mediterranean coast. The average population density is 14 inhabitants/km2. However, the density typically exceeds 100 inhabitants/km2 in the main populated areas of the north. The south, despite its large area, is home to only 13% of the total population.[5]

The population growth rate is higher in urban areas, and the rural population has been gradually declining since 1997 due to urban migration (Figure 1 and 2). This high concentration of the population is putting increasing pressure on water resources, and major investments are needed to meet the demand for drinking water and control of wastewater.[6]

Figure  2: Total population of Algeria and the population projection  from 1960 to 2100. World Bank.

Economy (Current GDP; projections; main sectors and their shares in the GDP)

Algeria’s economy is heavily reliant on the oil and gas sector, which is the country’s main source of revenues. The gross domestic product (GDP) was $170.37 billion in 2017, with the services sector contributing 50.7% of that. Industry contributes 36.1% and agriculture 13.2%. At the same time, agriculture consumes 59% of the available water. The country is unable to grow enough to feed its population and thus imports almost 45% of its food. That being said, agriculture’s contribution to GDP increased between 2000 and 2017, reflecting the financial and organizational investments made in it . This trend is expected to continue, following plans drawn up in the national agricultural strategy, See figure 3 and 4 below. 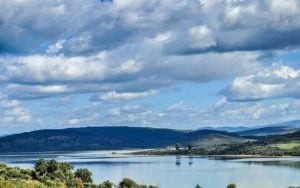 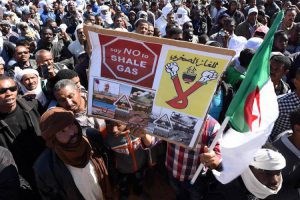 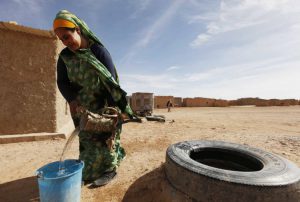 Water Use in Algeria

Despite the agricultural sector being the largest water consumer in Algeria, about 59 % of … 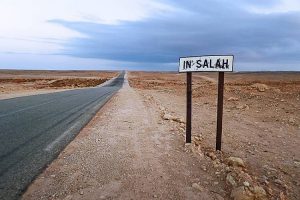 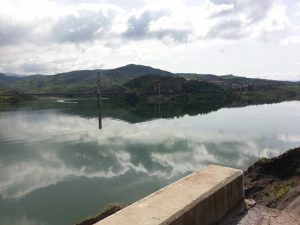 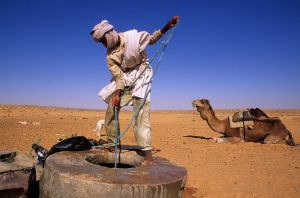 The greatest water challenge in Algeria is responding to growing demand. This demand is … 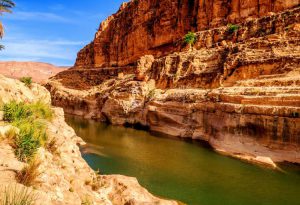 The shared water resources in Algeria includes , five aquifers shared with its neighbours: … 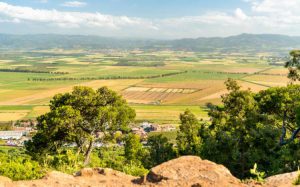 What Does the Future Hold for Water in Algeria?

Water in Algeria faces quantity and quality issues, and the unequal and inequitable …