Egypt, which lies in north-eastern Africa and extends into the Sinai Peninsula in Asia, covers a total area of 1 million square kilometres (km²). It is bordered by the Mediterranean Sea to the north, the Gaza Strip, Israel and the Red Sea to the east, Sudan to the south and Libya to the west.

The country’s geography consists of a vast desert plateau interrupted by the Nile Valley and Delta. To the west of the Nile is the Western Desert. Covering 68% of Egypt, it is mostly flat and covered with sand and gravel. It extends from the Nile Valley to Libya and from the Mediterranean Sea to Sudan. To the east of the Nile is the Eastern Desert, which comprises a large plateau extending from the Nile to the Red Sea, with hills and a ridge of mountains on the Red Sea side. Most of the people in this region live along the Red Sea. The other desert, the Sinai Peninsula, is a triangular area that covers about 60,000 km2 between the Mediterranean Sea to the north and the Red Sea to the south.[1]

The Nile River flows about 1,600 km northward from the Egyptian-Sudanese border to the Mediterranean Sea. The Nile Valley and Delta cover about 33,000 km². The river extends from north of the valley to the Mediterranean Sea and is divided into Upper Egypt (from Aswan to the south of Cairo) and Lower Egypt (from the north of Cairo to the Mediterranean Sea). In the north, the Nile River is divided into two branches, Damietta and Rosetta, which embrace the highly fertile agricultural lands of the Nile Delta. The Nile Valley and Delta account for less than 4% of the total area of the country but are home to 96% of its population.[3]

Egypt is divided into 27 governorates, which include the two city governorates of Alexandria and Cairo. There are nine governorates in Lower Egypt, ten in Upper Egypt and five frontier governorates covering Sinai and the deserts that lie west and east of the Nile River.[4]

The whole of Egypt has an arid desert climate, with hot dry summers from May to October and mild winters from November to April.[5] Rainfall is low, irregular and unpredictable. Summer temperatures are high, reaching 38°C to 43°C, with extremes of 49°C in the Southern and Western deserts. The areas on the Mediterranean coast are cooler, with maximum temperatures of 32°C.[6]

The population of Egypt has expanded rapidly over the last few decades. The total population was estimated at roughly 96 million in 2017, compared to 21 million in 1950.[7] Projections suggest that this number will reach 151 million by 2050. The population is concentrated in the Nile Valley and Delta: 96% of the population lives on 4% of the land.

The economy is gradually improving, with annual GDP growth reaching 4.3% in 2015/2016, up from an average of 2% between 2010-2014. The total GDP is around $336 billion, of which agriculture represents 15%, industry 33% and services 55%. Despite increasing urban development, agriculture remains an important sector, employing around a third of the population. Less than 4% of the country is arable, of which 99.9% is irrigated, showing the importance of water resources management and wastewater treatment and reuse.[8]

Oil and gas are Egypt’s main sources of income. Two further important sources of income are remittances and the Suez Canal. Although Egypt has been dependent on imports to provide sufficient food for its increasing population, agriculture remains a major economic activity. Though the country’s agriculture sector is limited by its deserts, new farming methods are being tested to overcome the problem by increasing agricultural productivity. Egypt embarked on a major economic reform program in March 2016, including the liberalization of the exchange rate regime, fiscal consolidation measures and reforms to the business environment.

About 98% of Egypt’s fresh water resources originate outside of its borders, such as the … 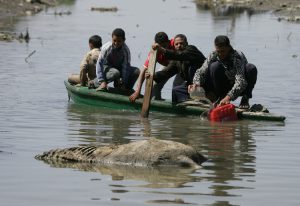 In general, surface water quality deteriorates as one moves downstream, with the worst … 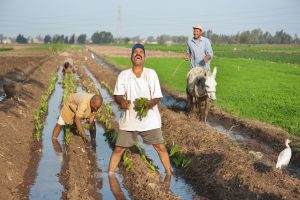 Water Use in Egypt 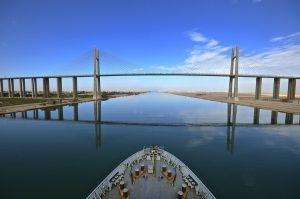 The main water infrastructure in Egypt is on the Nile River, notably the Aswan High Dam, … 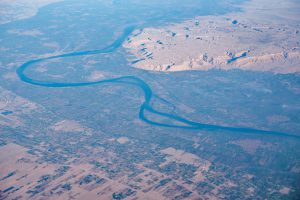 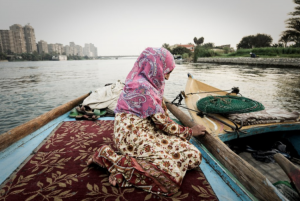 Egypt faces significant challenges to water resource development and use, the solution to … 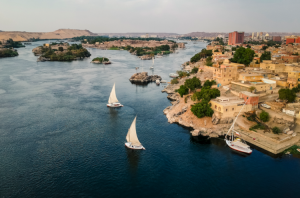 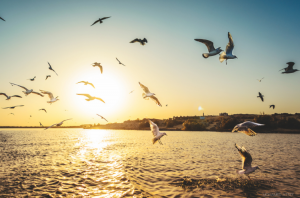 What Does the Future Hold for water in Egypt ?