Author: Eng. Wala’ Alsiekh Abdallah, MSc (Fanack Water Team) holds a Master degree in Water & Environmental Engineering, with specific focus on wastewater treatment technologies. Wala’ is involved in the research, development and review of water related studies, as well as the analysis of efforts to improve water management in the MENA-region.

Reviewers: Dr. Jauad El Kharraz is Head of Research at the Middle East Desalination Research Center (MEDRC), Oman. He is member of Oman Water Society and Secretary General of Arab World Association of Young Scientists (ArabWAYS). He works on topics related to water management, desalination technologies, renewable energies and water-energy-food nexus among others.

Dr. Gül Özerol (Fanack Water Team) is a researcher, editor and author with a PhD in Innovation and Governance for Sustainable Development. She has lived and worked in Turkey, Germany, and the Netherlands, and has been researching water issues in the MENA-region for more than 10 years.

Introduction to water in Morocco

Morocco’s water resources are under increasing pressure from population and industrial growth, irrigated agriculture, urbanization, tourism, climate change, overexploitation of aquifers and deteriorating water quality.[1] The country is indexed at 4.2 on a scale of 5, putting it ‘at extreme risk’ in terms of water availability.[2]

Morocco is located in north-western Africa and bordered by Algeria to the east, Mauritania to the south, the Mediterranean to the north-east and the Atlantic to the west (Map 1).[3] Covering a total area of 710,850 km2, Morocco is geographically diverse. Its rich soil and mild climate have resulted in thriving local agriculture sectors.

That being said, the climate varies considerably from north to south, and both the rainfall and temperature are strongly inﬂuenced by the Atlantic, the Mediterranean and the Sahara Desert. The most rainfall occurs between October and May.[4] The rainfall variability in northern and central Morocco is illustrated in Map 2.[5] Higher annual precipitation occurs in the mountainous areas of the north-west, in the Loukkos river basin, Tangier and the Mediterranean coast, at more than 1,000 millimetres per year (mm/yr). Conversely, precipitation is less than 300 mm/yr in the Moulouya, Tensift, Souss-Massa and South Atlas basins. In the sub-Saharan region, it is even lower, at less than 100 mm/yr.[6] 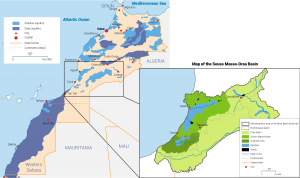 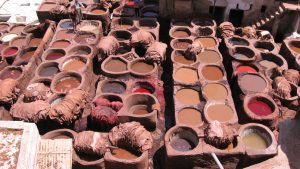 Water Quality and Use in Morocco

Deteriorating water quality is one of the major problems facing Morocco’s water sector. … 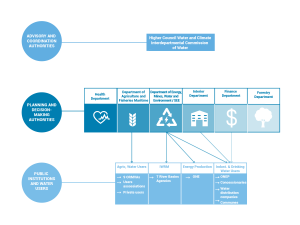 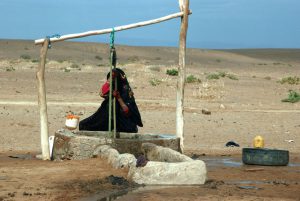 There are substantial water losses, mostly leakages, in the drinking water and irrigation … 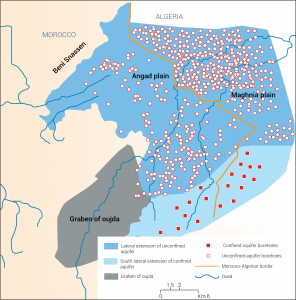 the Bounaim-Tafna basin, which is located in the north-east of Morocco and the north-west … 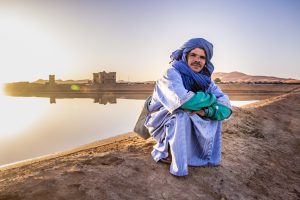 What Does the Future Hold for Water in Morocco?