The limited availability of fresh water in the United Arab Emirates (UAE) has for decades presented a major challenge to the Gulf state’s government and people. Scarce rainfall combined with a high rate of evaporation, consumption and urbanization has led to deficits in the water budget.[1]

The UAE is located in the eastern part of the Arabian Peninsula, at the entrance to the Arabian Gulf (Map 1). It is a federation of seven emirates (Abu Dhabi, Ajman, Fujairah, Sharjah, Dubai, Ras Al-Khaimah and Umm Al-Quwain) and has a total area of about 83,600km2. The capital city, Abu Dhabi, is an island located in the Emirate of Abu Dhabi. The latter represents almost 87% of the mainland area. The UAE can be divided into three ecological areas: the north-eastern mountain areas, sandy/desert areas and marine coastal areas. Eighty per cent of the country is desert.

The low fresh water availability can be primarily attributed to the climatological constraints of an arid to semi-arid climate, which is characterized by scanty precipitation and a high rate of evaporation (average daily evaporation is 8.2mm). The country may receive no rainfall for months because of extremely random storm patterns. Annual rainfall ranges between 80-160mm and the average precipitation is 78mm per year (Table 1).[2]

The average annual precipitation is illustrated in Map 2. Over 80% of the annual rainfall occurs during the winter (December to March). The mean maximum temperature reaches over 40°C in the summer and high relative humidity is more than 97%. 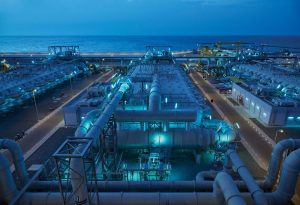 Water resources in the UAE can be classified into two main categories: conventional, such … 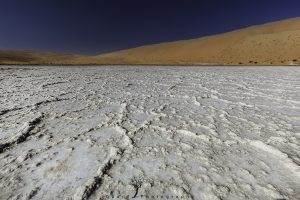 Groundwater quality in the shallow and deep aquifer systems, particularly in the Bajada … 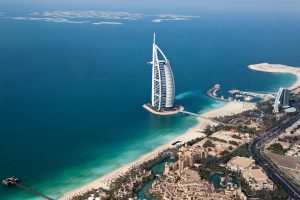 Water Use in UAE

Irrigated agriculture is the primary water consumer, with an average of around 60% of … 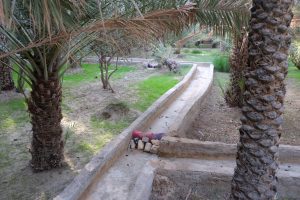 Traditional water systems, or aflaj, are man-made canals or waterways that may run above … 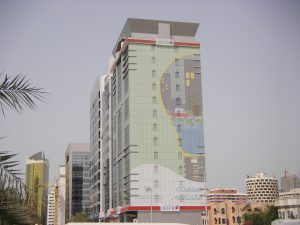 The Abu Dhabi Water and Electricity Authority (ADWEA) is responsible for the generation, … 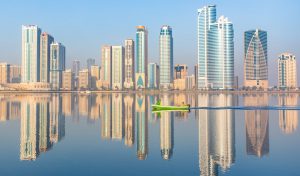 Groundwater levels in different regions of the UAE have dropped by 60 metres on average. …

What Does the Future Hold for Water in UAE ?