Sustainable water resource management in Iraq has no shortage of challenges. Some of Iraq’s water hardships, like seasonal floods and droughts, occur naturally. Many of the most disruptive and destructive problems are, however, man-made: water infrastructure debilitated from decades of war and neglect; inefficient and outdated agricultural practices; rapid population growth and urbanization; competing water management approaches within transboundary river systems; and the looming crisis of climate change. The government of Iraq has plans to address the situation but it remains to be seen whether major reform will transpire.

The climate in Iraq varies. Although the climate throughout most of the country is subtropical semi-arid, the north and north-eastern mountainous regions have a Mediterranean climate. Rainfall is seasonal, mostly falling from December to April, and varies from 1200mm/year in the north-east to less than 100mm/year over 60% of the country in the south. Winters are short and cool, with a day temperature of about 16°C, dropping at night to 2°C. Summers are dry and hot, with a shade temperature of over 43°C during July and August, yet dropping at night to 26°C.[1]

The population in Iraq as of 2015 was a little over 37 million. With the median age of about 20 years old, it is a relatively young country. It is also a fast-growing one: the population has increased several times over since 1950 and, with a current growth rate of about 3%, is projected to add another million people a year for the next 20 years.[3]

Urban areas in particular are expected to grow significantly during the next two decades, which will increase the municipal water needed for household and non-household uses. Daily water consumption, for example, is estimated to range from 132 to 240 litres per capita in rural and urban settings, respectively, the provision of which will be a significant challenge.[4]

Most of the country (approximately 70%) lives in urban areas, as people have left rural villages in search of employment and essential services like health care and education. The annual rate of urbanization from 2010 to 2015 was 3%, which is a significant migration of people.[5] City sewer systems and wastewater treatment plants as well as other governmental services like power generation have struggled to keep up with the influx of residents into major urban areas.[6]

In the Kurdistan Region in northern Iraq, an additional strain on governmental services has been the recent entry of hundreds of thousands of Syrian refugees. Refugee camps in Duhok, Erbil and Sulaymaniyah house almost 250,000 registered refugees, and an untold number of unregistered ones.[7] According to the World Bank report Economic and Social Impact Assessment of the Syrian Conflict and ISIS Crisis, the stabilization cost[8] for 2015 is estimated at $1.4 billion in additional spending above and beyond the Kurdistan Regional Government (KRG) budget.[9]

Iraq’s economy is dominated by the oil sector, which provides more than 90% of government revenue but less than 1% of employment. The country’s main employer is the Iraqi government, which employs over 40% of the population.[10] The unemployment rate has fluctuated greatly over the past 15 years, from an all-time high of 28% in 2003 to a record low of 15% in 2013.[11]

Iraq’s GDP per capita was estimated at $6,147 in 2014, putting Iraq in the category of upper-middle-income countries. Since that time, economic and security conditions have worsened, leading to increased poverty and unemployment as well as a contraction of the GDP per capita to nearly $5,000 in 2015. At the same time, economic growth is estimated to have contracted by 2.4% in 2014, and to have barely expanded in 2015 (by 0.5%). Weak growth is mainly attributed to the non-oil economy, which contracted by 7% in 2014, and is expected to have declined by an additional 7% in 2015. [13]

The severe drop in global oil prices has caused oil export revenues to decline by $40 billion. Lower oil revenues, in addition to higher humanitarian and security-related expenditures from the Islamic State of Syria and Iraq (IS) insurgency, led to a fiscal deficit of 14.5% of GDP in 2015. Imports remained unchanged during 2015, in part reflecting the capital goods needed to expand oil production. [15] 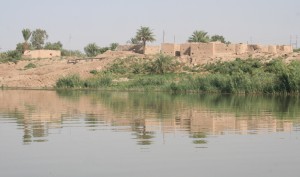 The two dominant rivers in Iraq are the Tigris and Euphrates. The watersheds, including … 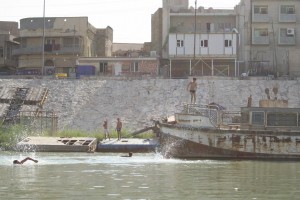 Presently, Iraq is contending with two types of water quality issues. One is salinity, the … 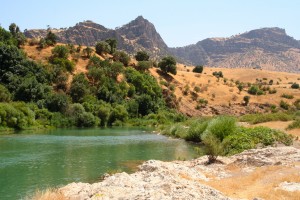 Water Use in Iraq

Agricultural water uses in Iraq are the the vast majority among the other sectors. … 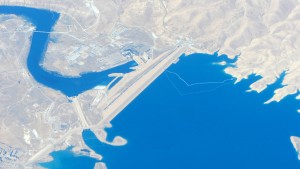 Bilateral and tripartite meetings have taken place between Turkey, Iraq and Syria since … 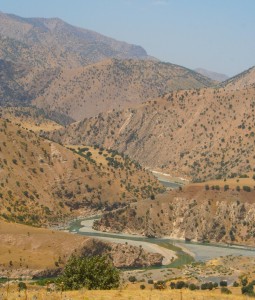 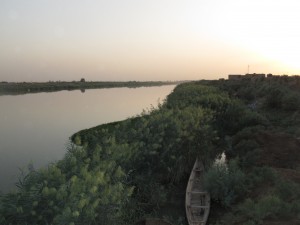 What Does the Future Hold for Water in Iraq?

Iraq Prospects Conflict Kurdistan Water Crisis Water Strategy
We use cookies to ensure that we give you the best experience on our website. If you continue to use this site we will assume that you are happy with it.Ok