To Prevent Water Shortages, Jordan must Act without Delay

These past few years, climate change has impacted Jordan with a rise of temperatures that has decreased the water resources, while sudden heavy rainfalls have become more frequent, increasing the risk of floods. Faced with an important population growth, Jordan has to face new challenges in terms of resources management to protect its population from dangerous situations.

Jordan is considered to be one of the ten most water scarce countries in the world due to the rise of temperatures and its high population growth. During the  Planetary Security Initiative conference in The Hague, held from February 19 to February 20, 2019, Ra’ed Daoud, CEO of the company ECO Consult, summarized the country’s situation for Fanack: “In 1979, we had in Jordan less than 2 millions inhabitants and forty years later, we are at 10.5 million people. We got refugees from neighbouring countries facing conflicts and wars, like Palestine, Iraq, Lebanon, and more recently Syria”.

Prior to the conflict in Syria, Jordan’s environment was already in a precarious situation: it had  scarce water resources, unsustainable agricultural practices and inadequate waste management. In 2018, Jordan received the second highest share of refugees in the world compared to its population, with 89 refugees per 1.000 inhabitants, the majority of which live in urban areas. This adds pressure to the country’s urban infrastructures, which are already struggling to face its usual population growth. More people means less water redistributed per person, as well as an increased competition for access to natural resources such as trees and wildlife, combined with rising air pollution levels due to increased vehicle traffic and a jump up in waste production.

The negative consequences of Middle Eastern regional conflicts for Jordan find an echo in climate change, which also aggravates the country’s water problems: it causes less rain to fall and feed the Jordan River and the Yarmouk River (the two rivers are shared with Israel and Syria). This situation forces people to rely on groundwater reserves, and they are increasingly depleting. According to the American organization USAID, “Jordan consumes more water than is available from renewable sources. Renewable water supply currently only meets about half of total water consumption. Shortages are caused by unsustainable groundwater extraction, including thousands of illegal private wells. As a result, many communities in Jordan have long experienced tensions over water scarcity, even before the arrival of 657,433 registered Syrian refugees in the last five years. With this rapid influx in population, the gap between available water and demand, particularly in the north, has widened significantly.” 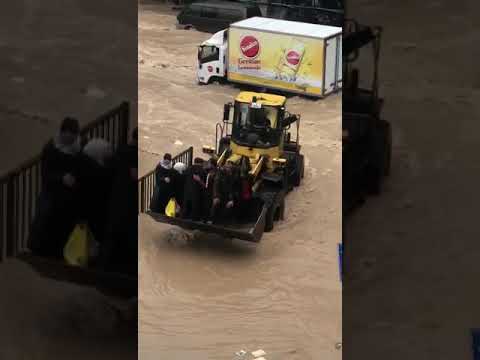 Yana Abu Taleb, the Jordanian director of EcoPeace Middle East who was also present at Planetary Security conference, told Fanack: “A few years ago, the government was struggling to provide around 86 cubic meters per person per year, now we are happy when we get around 45! The water sector is indeed the main concern for Jordan, but it cannot be taken away from waste disposal and waste water issues. Those need to be addressed as well. For example, around 65% of our water goes to the agricultural sector, so we need to have the technology to treat the sewage water that could go to agriculture.” Abu Taleb also raised the issue of energy, needed for the pumping, treatment and network functioning of the water: “It uses around 25% of the energy sector, so we need the authorities to bridge the gap between the energy and water sectors in order to address the issue completely.”

Action to face those problems is therefore vital today for Jordan and its population. EcoPeace Middle East, working for a fair distribution of water from the Jordan River between Israel, Jordan and Palestine while adjusting to the new climate realities, wants to rehabilitate the source of water while being more in accordance with nature’s needs. “I think Jordan needs a whole new water management and needs this reform, especially since we lose around 46% of our already low level of water in network’s leakages”, Abu Taleb said to Fanack.

For the company ECO Consult, these reforms should be accompanied by an increased involvement of the private sector. “We need a new management but also new technologies to save water and generate more water from the supplies we have”, Ra’ed Daoud told Fanack. “There should be a plan to involve the private sector in the importation of this technology, as well as in the development of local capacities to adapt it to our national context. Internationally-based funds mainly focus on developing capacities within the government, but recently there has been a shift. Support goes more and more into the private sector and the civil society. We need both those supports in order to increase the number of initiatives from companies, and it is up to the donors to open the door to the private sector to accelerate the process.”

Organizations, private companies, the Jordanian government and international donors have to work hand in hand to face this resources crisis, which is amplified by climate change and population growth, as a vital priority. As Jordanian governance is quite steady and strong in a volatile and conflicts-affected region, it could be possible, if the right choices are made and a deep reform is launched without delay.