Outcome of the Feasibility Study

The feasibility study was carried out under the auspices of the World Bank by the engineering consultancy Coyne and Bellier. According to the terms of reference, three scenarios were examined:


The mass balance of Dead Sea water was established for the year 2010, as illustrated in the diagram below. It shows that the net water loss from the Dead Sea is about 708MCM/yr, which corresponds to an annual decline in the water level of 1.1m. The study predicts a nearly linear fall in the level, but, if the chemical companies cease to operate, a new equilibrium will be reached around the year 2150 at a level of about 550m bsl. This No Project scenario would have detrimental effects on the environment, the chemical and tourist industries and infrastructure such as roads and buildings.

Assuming that the project will be commissioned in 2020, the Base Case scenario for a target water level of 410m bsl requires an initial flow rate of 2,000MCM/yr and from 2050, when the target level is reached, a reduced flow rate of 1,520MCM/yr. The latter value is much larger than the deficit of 708MCM/yr shown above, because of higher evaporation rates from the less saline surface layer and the effects of climate change.

The potable-water requirements agreed upon for the Base Case Plus scenario are shown in the bar chart below. For a potable-water production of 850MCM/yr, about 2,000MCM/yr of seawater are required. This is based on reverse osmosis, in which Red Sea water is forced through a semi-permeable membrane to yield fresh water, leaving behind highly saline brine. The non-potable brine is conveyed to the Dead Sea. The volume pumped to the Dead Sea changes from 1,650MCM/yr (with less than 30% brine) in 2020 to 1,150MCM/yr of pure brine in 2060. The Dead Sea water mass balance model, which takes into account climate change, shows that, for a seawater extraction rate of 2,000MCM/yr, the Dead Sea level will peak at around 416m bsl in 2054, when the desalination plant reaches its ultimate design capacity. Beyond 2054, the level is projected to fall at a rate of 15cm/yr to reach a stable level of 431m bsl in 2150. This decline results from increased evaporation due to a continuous decline in salinity.

From 15 possible conveyance configurations to transport water from the Red Sea to the Dead Sea, three were selected for more detailed evaluation:


The optimum location of the hydroelectric power plant is at the northern end of the conveyance, close to the Dead Sea. Two alternatives have been examined:

The flow of water available for power generation diminishes with time. An economic evaluation demonstrates that full capacity should be installed from the start, resulting in surplus capacity in later years. Simulation of six different system configurations for the period 2020 to 2060 shows that the best option is one power plant at the high-level desalination plant and another at low level.

The feasibility study also examined three different intake locations on the Red Sea and the alignment of the discharge channel from the power plant to the Dead Sea.

A multi-criteria comparison of all viable options has shown that the pipeline conveyance system with a high-level desalination plant is the preferable option. With a capital expenditure of $10.6 billion, it is also the least expensive.

The outcome of the feasibility study of the RSDS project may be summarized as follows: 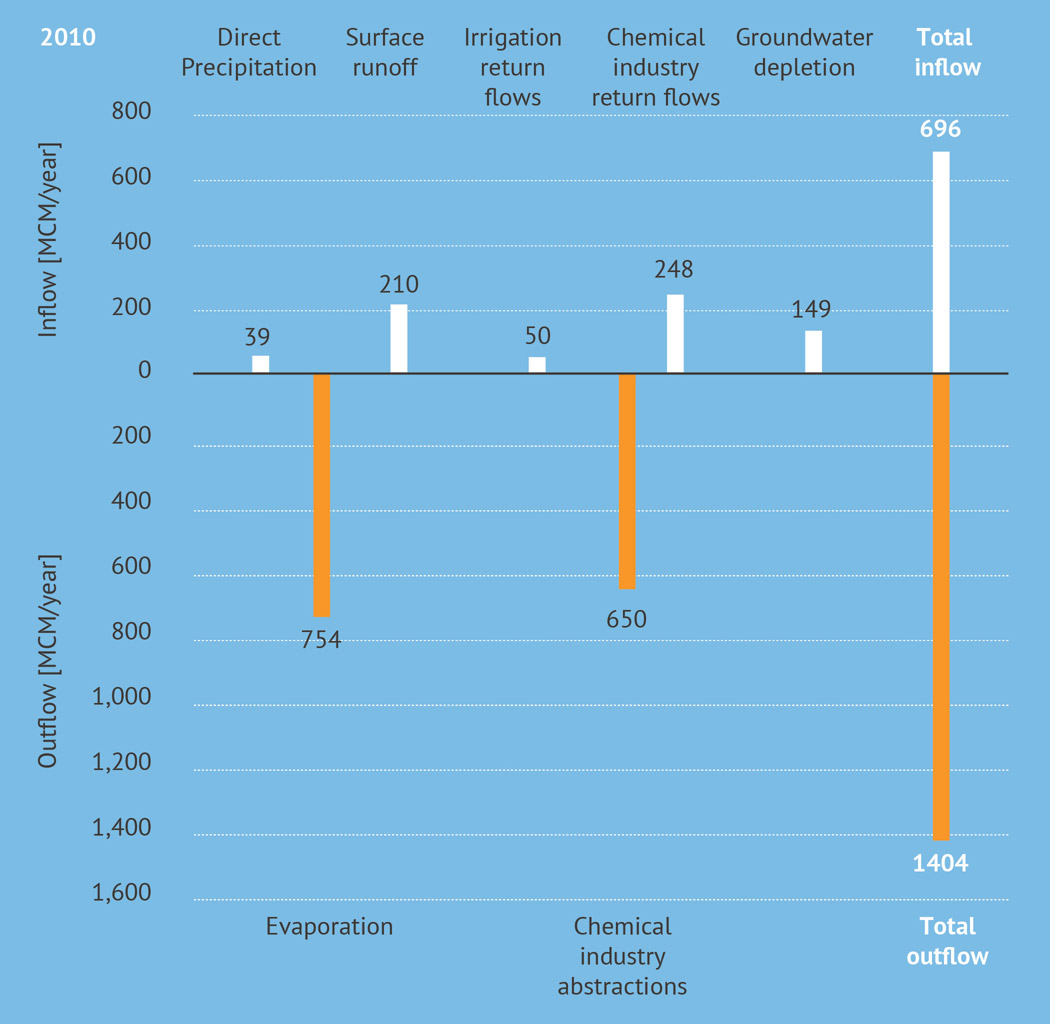 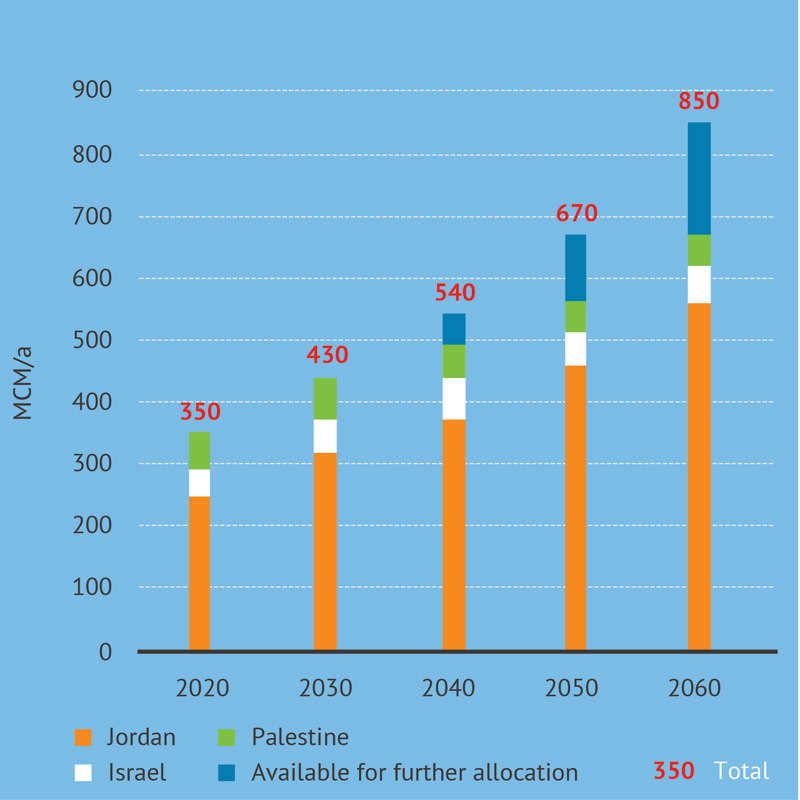